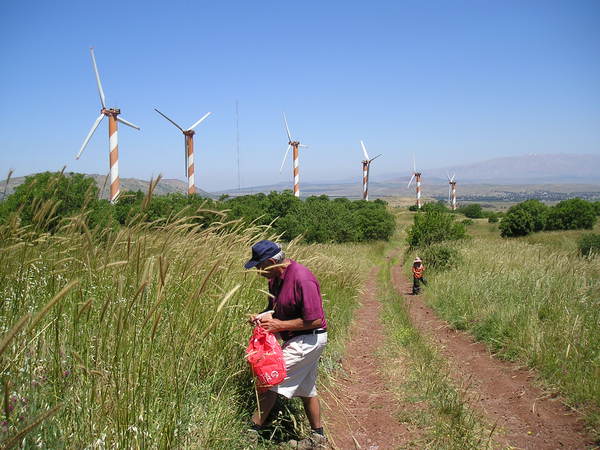 Israel is home to some of the richest plant and genetic diversity in the world and is characterized by a high presence of crop wild relatives. The Gene Bank, administered by the Volcani Center, Agricultural Research Organization (ARO), preserves the gene pools of regional plant species for the benefit of current and future economic and agricultural development. Israel’s rapid urban expansion and high population density threaten important plant genetic resources, with some species even in danger of extinction.
Conserving plant resources for future agriculture, biotechnology and biomedical development is critical. Israel, with some of the most important global genetic resources, and most advanced agricultural, genetic and biotechnology research centers, must preserve its genetic assets to secure its own economic and scientific future, and that of the world.
The Gene Bank promotes research to establish and maintain genetic pools, to identify important features that can benefit humankind and the environment, and to cooperate nationally and internationally on the operation of gene banks, the conservation of seeds and genetic variance.
The Israel Gene Bank is responsible for the collection and conservation of wild seeds of all plants in Israel, with an emphasis on wild plants that may have future agricultural-economic or social-cultural potential. In recent years, the Gene Bank has expanded its activities to include rare wild, endemic or endangered plants (National Program for Biodiversity in Israel, 2010). The Gene Bank aims to create a genetic database of important plant traits found in Israeli flora. It also dedicates resources to conserve landraces, the ancestors of ancient agricultural crops that contain an evolutionary record of features (genes) that have developed over time.